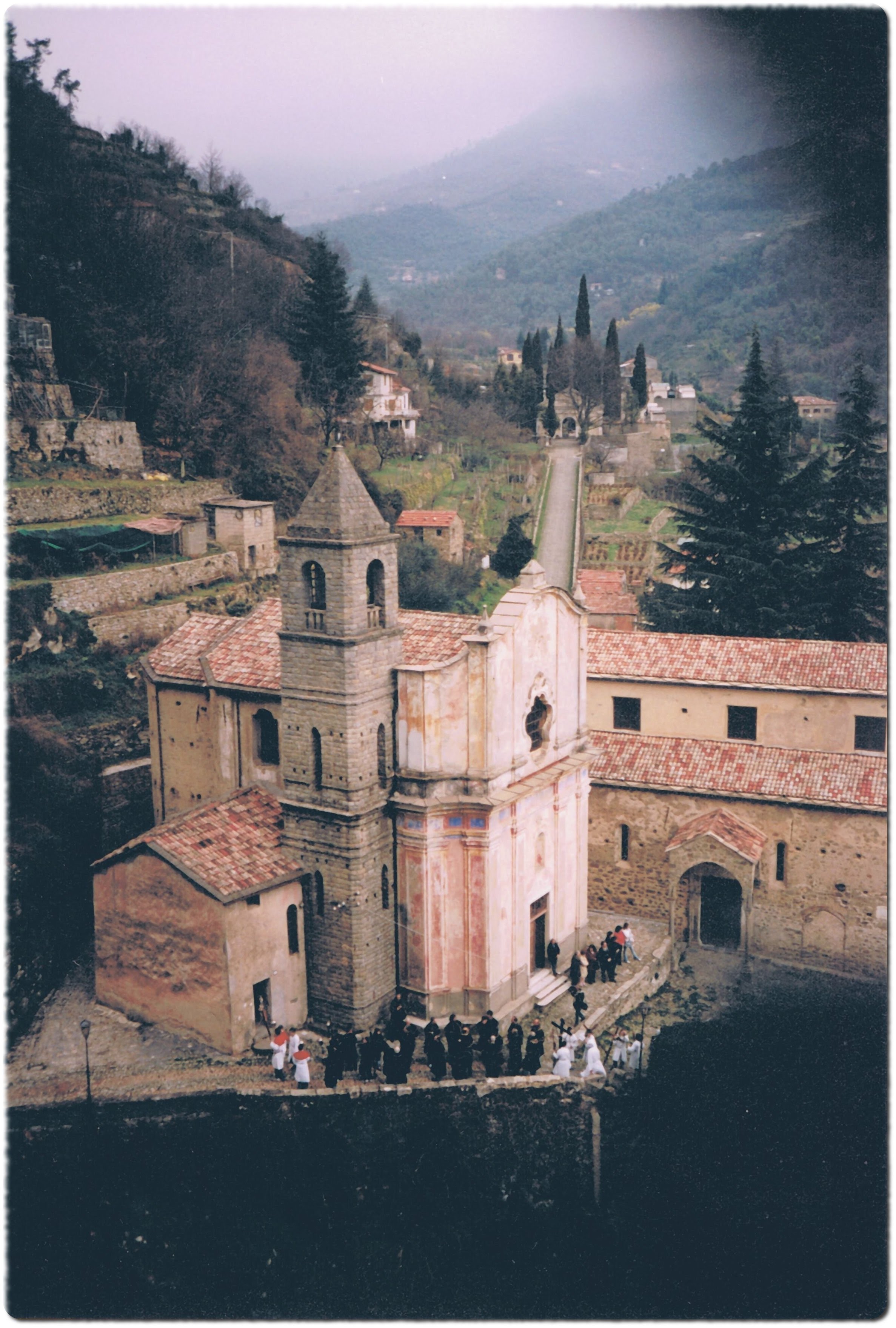 In the pre-Alpine hills of Liguria, the river Armea winds its way through a steep-sided green valley towards the azure waters of the Riviera dei Fiori. Perched high above its waters stands the medieval village of Ceriana, an enchanted world of winding alleys and stairways where the ancient houses seem to sprout from the very bedrock. But it is not only the physical fabric of this 1000-year old village which is miraculously preserved; the social fabric too is built on centuries-old structures and a musical tradition which knows few parallels.

Four lay brotherhoods permeate the social life of the village: the confraternities of Santa Marta (green), of Santa Catherina (red), and of the Visitation (blue) date back to the mid-15th century while the company of the Misericordia (black) is of more recent origin. Each has, besides its own chapel, feast days, and football team, its own three-part polyphonic setting of the penitential psalm Miserere mei domine and the sorrowful Stabat mater - the work of anonymous local composers, preserved across the centuries by oral transmission from father to son. 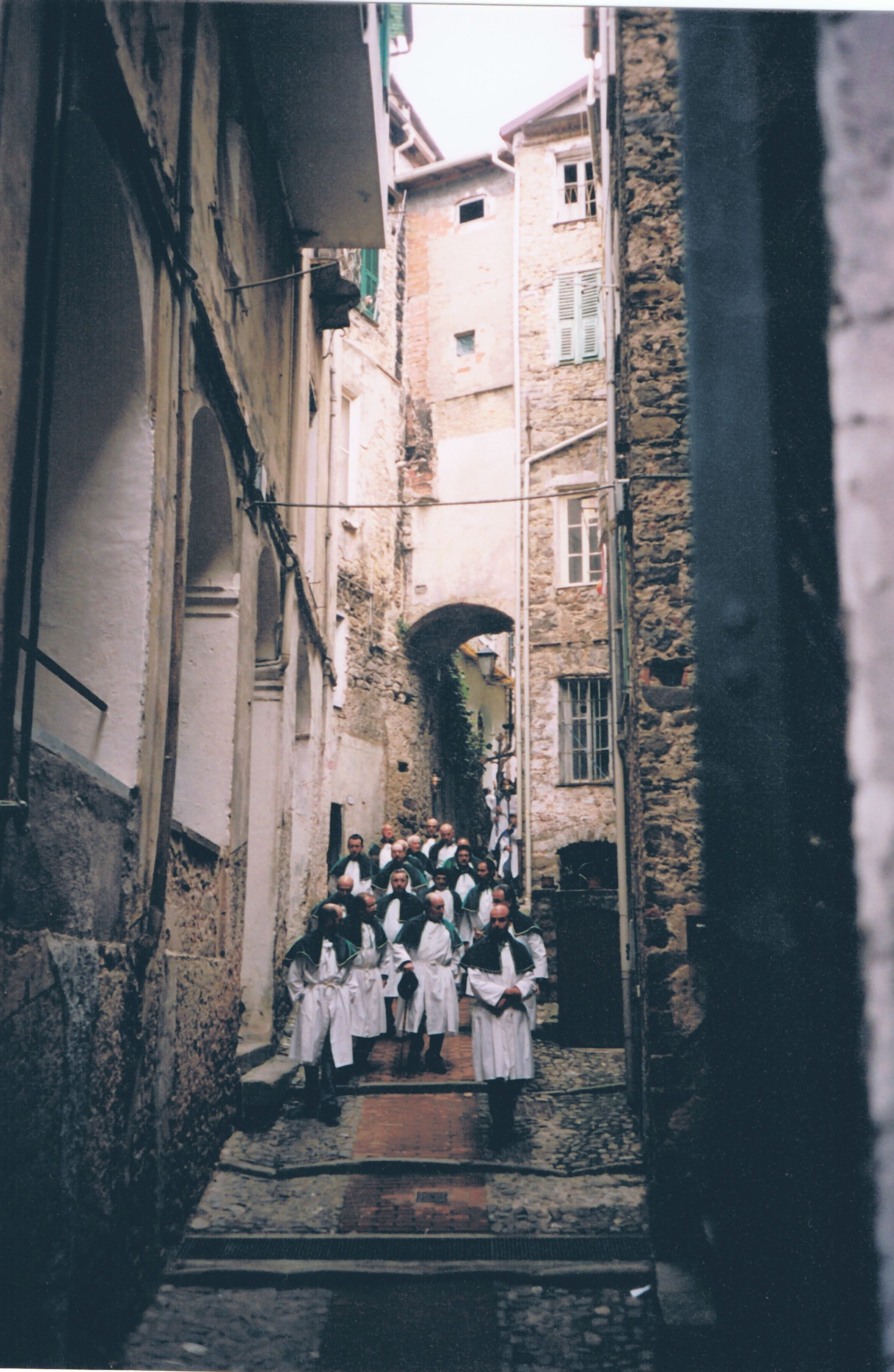 On Good Friday all four brotherhoods parade through the narrow streets, weaving an unforgettable tapestry of choral sound which knows no scores, bar-lines, or conductors, only a shared passion for a unique heritage.

Still older than the music of the brotherhoods is the secular tradition of polyphonic singing with its tales of love, longing, treachery, death and exile. These songs are sung in the Cerianasca dialect, a member of a family which includes Corsican, Sardinian and Monégasque. Many of the texts can be traced to real events: for example the double poisoning in La Donna Lombarda refers to the turbulent life of Rosamunda of Lombardy in the 6th century. In these songs two solo voices sing in harmony over a drone bass provided by the other singers, a form of polyphony which is also practiced in eastern Georgia and which allows the expression of profound emotions.

The Compagnia Sacco was founded in 1926 to preserve these unique a capella traditions for future generations. In 1954 the American musical explorer Alan Lomax was the first to present their music to a worldwide public, and today the current members continue the work of their forefathers with passion and with joy. In Antwerp (26 September 2014) and Genk (27 September) they will sing both sacred and secular music – a veritable feast for the ear.